Over the sight… thirty years of Teatro dei Colori 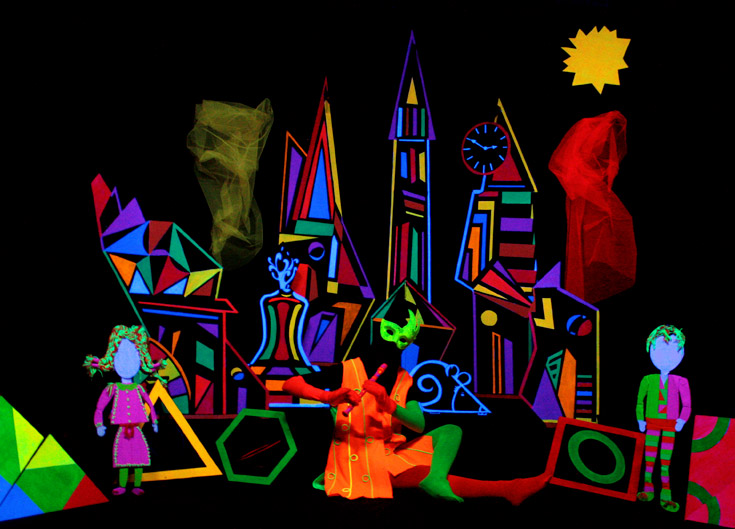 The “Teatro dei Colori” Association was founded in 1987 and since 1987/1988 theater season, it enjoys the contributions of MIBACT, the Abruzzo Region and the Local Authorities. Regular, continuous and correct organizational / administrative management is provided by the members of the Board of Directors (Artistic Directorate, Legal Representative, Councilors) with thirty years of experience. Since its inception, the MIBACT – General Directorate for Live Entertainment – Theater Service II has been recognized as a national professional organization. The Company carries out activities in the national territory, with Decree no. 102 of March 1, 2000 has obtained the recognition of the Personality Jurisdiction of a private nature pursuant to art. 12 of the Civil Code by the Regional Council of Abruzzo, with the approval of the By-Laws “… after the positive opinions issued by the relevant regional structures regarding the aims of the Association and the programs to achieve them, as well as the suitability of the economic and financial instruments available to ensure the proper functioning and proper administrative management “” … the social interest of the aims of the Association and the cultural value of the activities that have received appreciation and recognition “; consequent registration with the Civil and Criminal Court of L’Aquila at no. 461 of the Register of Juridical Persons. The Association carries out activities on the territory in synergy with the Province of L’Aquila, the Montana Community and has established conventions for continuous projects with the Municipalities of Marsica in the province of L’Aquila and Pineto (TE), all equipped with theaters and equipped open spaces, ranging from a minimum of 100 to a maximum of 781 seats. Over the years he has made important collaborations with the National Academy of Dramatic Art “S. D’Amico “in Rome, Academy of Dramatic Arts in L’Aquila, Stable Abruzzo Theater, University of L’Aquila. Participate in European calls for training purposes, specialization in entertainment, social inclusion, school dispersion in synergy with the Abruzzo Region and Abruzzo partners. The Company is present in Italian programming with an average of 12 Regions, averaging 120 shows per season. It has an average of 20 artists and technicians.

The “Teatro dei Colori” Association has promoted since 1996 the “Centro di produzione, ricerca e pedagogia nello spettacolo” at the Eikon Theater / Laboratory, owned by the Association, in collaboration with the Abruzzo Region and the Municipality of Avezzano (AQ).

The Association “Teatro dei Colori” is a member of AGIS in the framework of the National Association of Competitors and the Residents of Theater Innovation. The core is composed of members: Gabriella Montuori, President-Legal Representative and Company Director; Giuseppe Pantaleo, Vice-president in communication and image; Gabriele Ciaccia, Artistic Director Director, Dramaturge, Actor; Valentina Ciaccia, Actress, Director, Drammaturg.